Just received my Office 2008 for Mac delivered by UPS. I ordered it at Microsoft Company Store last week. It looks really cool, see below. 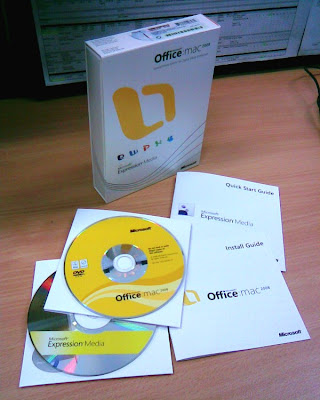 It is Microsoft Office 2008 for Mac with Expression Media, the most comprehensive version which is a special media edition for Digital Media Enthursasts, as per Micrsoft. :-)

The Sword is based on this poster, but I`ve changed the pommel:
www.probusiness-ag.com |

Us Owner of a house Insurance policies – Learn How To Save Close to 20 % Having a Security Established-Up
nordauto.org |